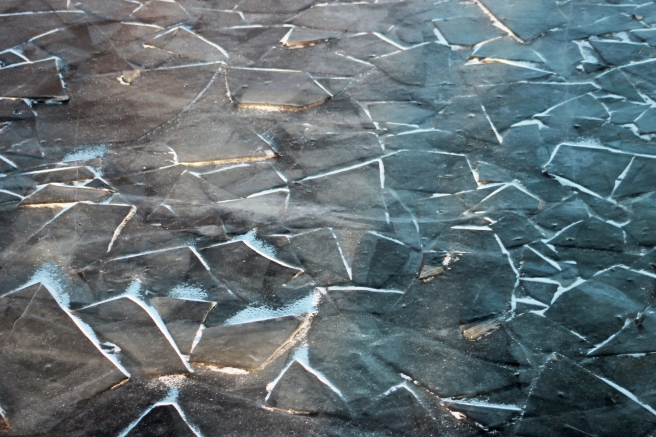 I clearly remember the first time I saw a mosaic portrait in real life. 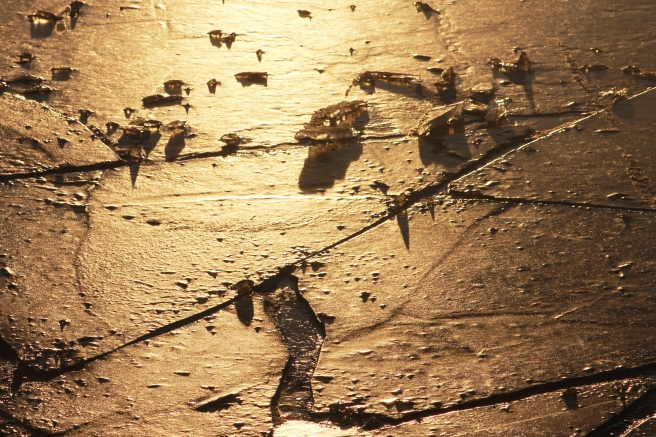 Of course, I’ve long been familiar with simple mosaics.  There were the tile floors I helped my dad grout, and the bathroom walls of a favorite coffee shop studded with bits of broken china.  I had sewn colored squares of fabric into the mosaic of a quilt or stitched a myriad tiny x’s to make a cross-stitch pattern.  I once taught an overview class on mosaics to 7th and 8th graders, which concluded with making our own of tiny pieces of colored paper on black poster board to line the school cafeteria walls.  But on this day, I knew that I had previously known next to nothing about mosaics in comparison to the piece of art before my eyes.

I was drawn to the portrait because, unlike the oil paintings around it, it shimmered with light.  That was the only difference from any distance.  I actually thought it was a painting until I walked up to it and read the placard beneath, which identified it as a mosaic—and it was only then that I looked closely and realized that what had appeared to be a painting was really a myriad tiny pieces of glass painstakingly composed into the tender likeness of a mother and her child.

It was Mary, cradling the baby Jesus, of course; a truly breathtaking masterpiece.

What an appropriate medium for such a daunting subject, I thought.  How, after all, does an artist depict the faces of people we have no actual likeness of?  Perhaps a thousand tiny beautiful pieces is the best way, because when you think about the birth of Christ, it is indeed a figurative mosaic of epic proportions and complex plot.

Hundreds of prophecies over thousands of years, each piece coming together flawlessly in the grand unveiling of God’s masterpiece plan to save mankind.

Secular decrees by pagan emperors made so that at the perfect time and place, a baby born in a stable to a God-favored mother and the God-fearing man who would fill the role of earthly father, from exactly the right kingly lines.

At the perfect time, in exactly the right place in the sky, a star appearing to be seen by exactly the right men who understood that it was not just any star, an epiphany so definite they would traverse the deserts to find the source of such celestial celebration.

A miraculously-conceived yet-unborn infant leaping in his mother’s womb in the presence of the Christ he would pave the way for. 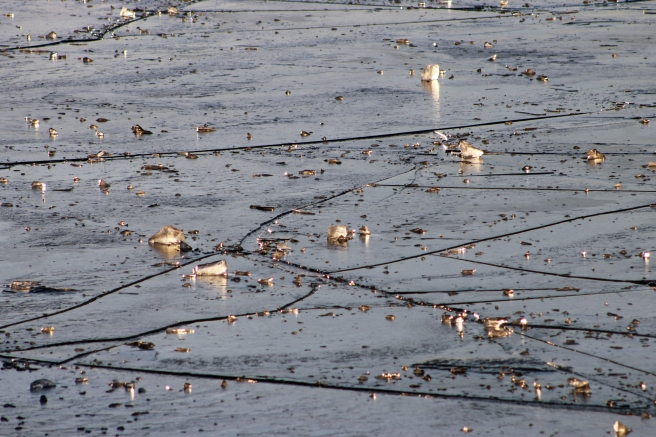 So many intricate pieces.  Such flawless, artful and epic execution.  But the thing that really floors me is this:

God is still crafting that mosaic.  Christmas was only the beginning of the greatest story of all time!  And it doesn’t even end at Easter.  It hasn’t ended yet.  What we see is stunning, masterful, breathtaking…but yet incomplete.  There are yet prophecies waiting to be fulfilled, trumpets waiting to sound, hearts and battles waiting to be won before it can be framed and signed by the artist.

And if you have let Him win your heart, you get to be a piece of that mosaic.  Yes, YOU, like a shimmering little piece of glass, skillfully shaped and precisely placed into that epic Christmas mosaic that stretches back through the corridors of time.  You, a mosaic within a mosaic, all the pieces and parts of you forming a life that can matter a lot and shine bright in the grandest scheme of things—if you have faith and are willing.

“But God, being rich in mercy, because of the great love with which he loved us, even when we were dead in our trespasses, made us alive together with Christ

—by grace you have been saved—

and raised us up with him and seated us with him in the heavenly places in Christ Jesus, so that in the coming ages he might show the immeasurable riches of his grace in kindness toward us in Christ Jesus…

For we are his workmanship, created in Christ Jesus for good works, which God prepared beforehand, that we should walk in them.” (Ephesians 2:4-8, 10) 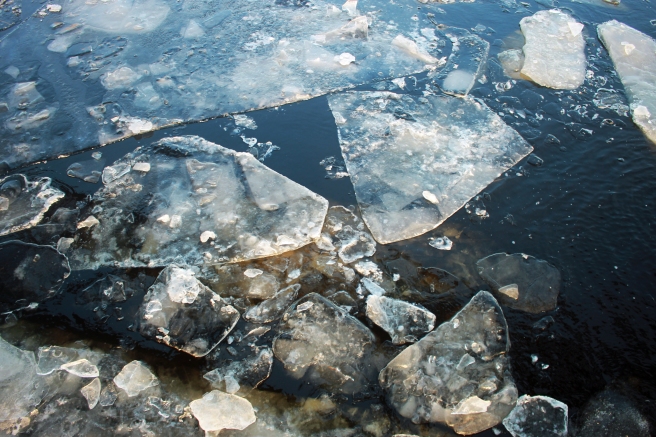 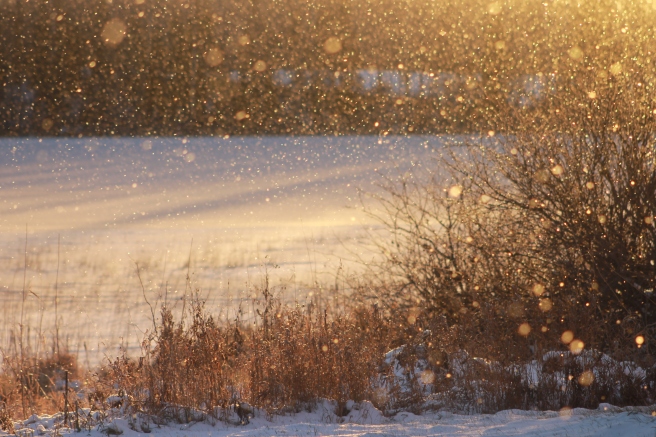 Yesterday, my girls opened up a Christmas gift from their aunt.  Inside, they found a glass ball on a stand.  Inside the ball, the figures of Joseph and Mary, heads bent adoringly over the baby in her arms.  We tipped the ball.  Glitter swirled around them like an aura of splendor and holiness as the notes of “O Holy Night” played.

A snow globe!  I saw the wonder in their eyes, the kind that only a child has, the kind that has often been forgotten by us adults who have lived longer and become distracted by the cares of this world.  Too often we have no time or are too jaded for wonder.  Our schedules are too full, our lists are too long, our burdens too heavy, our worries too numerous.  Wonder is largely lost on us.

But Christmas is a beautiful time for restoring for what we’ve lost.

A verse from the Christmas carol “It Came Upon a Midnight Clear” says it well:

“And ye, beneath life’s crushing load,
Whose forms are bending low,
Who toil along the climbing way
With painful steps and slow,
Look now! for glad and golden hours
come swiftly on the wing.
O rest beside the weary road,
And hear the angels sing!”

“Jesus invited a little child to stand among them. “Truly I tell you,” He said, “unless you change and become like little children, you will never enter the kingdom of heaven.” (Matthew 18:2-3)

“For to us a child is born, to us a son is given; and the government shall be upon his shoulder, and his name shall be called Wonderful Counselor, Mighty God, Everlasting Father, Prince of Peace.” (Isaiah 9:6)

Have a wonder-filled Christmas! 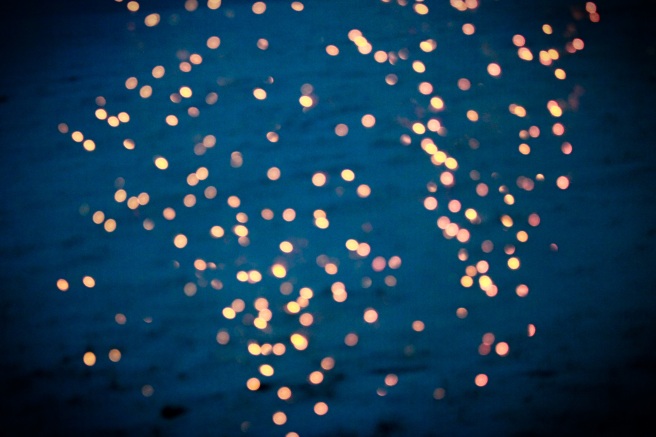 Is it Christmas lights?  Is it snow?

Inside the house, our Christmas tree with the big white origami star brushing the ceiling is twinkling bright; outside the snow lies “deep and crisp and even”*.  In the reflection of the cold windowpane, I can see both at once.  It’s the best of both of my December worlds: all the warmth of a joyful holiday celebration mingled with the wide white expanse of winter’s best accessory, now richly blue in the falling dusk.

It’s also an appropriately symbolic picture of Christmas, considering that the One whose birth we celebrate this week was also the very best of both worlds.  Not of indoors and outdoors, but of heaven and earth.

If I could show you a picture of Him, you might ask:

May the marvel of this mystery fill you with thoughtful joy and wonder this Christmas!

“And the Word became flesh and dwelt among us, and we have seen his glory, glory as of the only Son from the Father, full of grace and truth.” (John 1:14)

*From the carol “Good King Wenceslas” by John Mason Neale.

I find my mailbox stuffed full of shiny catalogs.  The sign at Walmart carefully documents exactly how few days are left until the big holiday.  My email inbox blinks every morning with a dizzying array of emails from all my favorite companies, wanting to make sure that I don’t forget.  Christmas is coming!  Whatever we sell is certainly exactly what everyone on your gift list needs!!  It’s a sale you can’t beat!!!  Finish you gift list with us!!! Hurry, hurry, before it’s too late!!!!

And they’re right about one thing.

Christmas is coming!  But do you get as weary of all the anticipation being linked to the use of your pocket book as I do?

I’m all about a good sale.  I also really enjoy putting thought and care into shopping for just the right gifts for the people on my list, envisioning their pleasure upon receiving them.  I feel like thoughtful gift giving can be a truly unselfish and beautiful way to commemorate the giving of the greatest Gift the world has ever known.

If that’s really why you’re doing it.

But the fact is, if our “giving” has become any of these things, it has lost it’s meaning and it’s not even giving anymore.  It has become some other self-centered practice, and in that case, the world would be better off if you just quit.

Not quit giving.  Quit giving for the wrong reasons.

Because giving isn’t the problem.  The pure act of true giving has never been anything but good.  It’s in the motive and heart of the giver where the trouble can lie.

I believe that the best way to keep the motive of our giving pure is to simply seek to give as Christ gave.  Jesus put Himself in a manger, knowingly beginning the path to the cross, and gave the greatest gift anyone could possibly give—Himself.  What’s more, He gave that gift to everyone in the entire history of the world, past, present and future.

He gave to people who He knew would take His gift for granted, without comprehending the infinite value of what He had done.

He gave to people who would eventually turn the greatest event in the history of the world into just one more rote tradition—“a nice story to read in December and perhaps attend church to commemorate”.

He gave to a world that just expected Him to give—“no big deal, that’s what God does, and I deserve it”.

He gave fully knowing that He would receive absolutely nothing in return from the recipients—and that they had nothing to give back even if they wanted to.

He gave knowing that His gift would be met by ungratefulness, scorn and even hatred.

He gave to needy people who had nothing but thought they were rich and had everything.

He gave expecting to impress no one, but only to please His Father.

No, contrary to what the retail world might like us to think, Christmas isn’t about presents.  But the celebration of Christ’s birth is absolutely about giving.

“Thanks be to God for His indescribable gift!“ (2 Corinthians 9:15)

“But just as you excel in everything—in faith, in speech, in knowledge, in complete earnestness, and in…love…see that you also excel in this grace of giving…For you know the grace of our Lord Jesus Christ, that though He was rich, yet for your sakes He became poor, so that you through His poverty might become rich.” (2 Corinthians 8:7, 9)

“Each one must give as he has decided in his heart, not reluctantly or under compulsion, for God loves a cheerful giver.” (2 Corinthians 9:7)

“Remember the words of the Lord Jesus, how he himself said, ‘It is more blessed to give than to receive.’” (Acts 20:35)

“The people that walked in darkness have seen a great light: they that dwell in the land of the shadow of death, upon them hath the light shined…

For unto us a child is born, unto us a son is given: and the government shall be upon his shoulder: and his name shall be called Wonderful, Counseller, The mighty God, The everlasting Father, The Prince of Peace.

Of the increase of his government and peace there shall be no end, upon the throne of David, and upon his kingdom, to order it, and to establish it with judgment and with justice from henceforth even for ever. The zeal of the LORD of hosts will perform this.” (Isaiah 9:2, 6-7)

Praise the Lord—because He came, we can each truly have a…

All photos copyright by Beth Ender. Please do not use or reproduce without written permission.