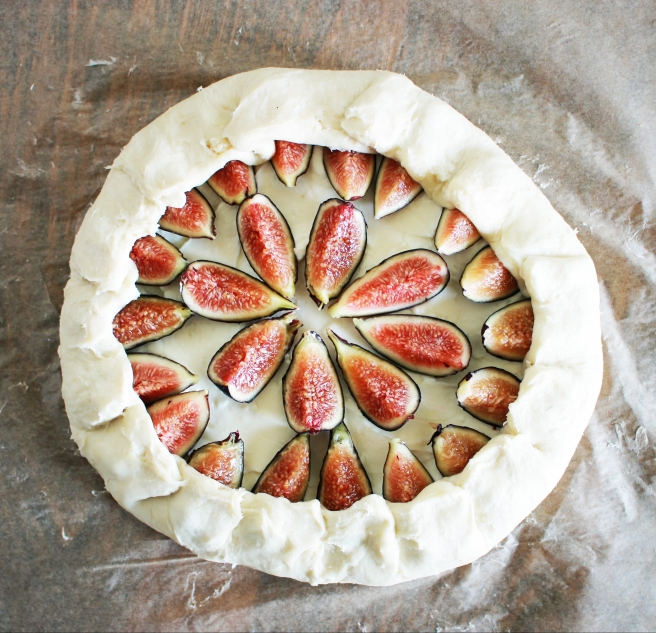 One does not encounter many fig trees in northern Minnesota, let alone fresh figs.  So it’s not surprising that up until a couple years ago, my experience with figs had been severely limited.  A Fig Newton sampled at a church potluck, a handful of dried figs eaten during studies of ancient Egypt in school.  I was unimpressed by either.  It wasn’t until I became an adult and a favorite restaurant paired glazed dried figs with mascarpone and the most delicious almond cake, that my opinion of figs improved dramatically.  But still, I had never even seen a fresh fig.

So when I walked into the grocery store one day and saw a row of little green plastic baskets full of plump deep purple figs, I was so fascinated by this novelty, I bought them on complete impulse.  At home, my husband asked what I was going to do with them as I excitedly showed off my exotic purchase.  “I have no idea,” I said.  What do you do with fresh figs?  It was time for some research.  You can see the results of that research in these pictures.

Recently, however, my ignorance of figs cropped up again.  I was reading through the events of the week leading up to Jesus’ resurrection and came across this fascinating account just after His triumphant entry into Jerusalem:

“The next day, when they had left Bethany, Jesus was hungry. Seeing in the distance a fig tree in leaf, He went to see if there was any fruit on it. But when He reached it, He found nothing on it except leaves, since it was not the season for figs. Then He said to the tree, “May no one ever eat of your fruit again.” And His disciples heard this statement.”

“As they were walking back in the morning, they saw the fig tree withered from its roots. Peter remembered it and said, “Look, Rabbi! The fig tree You cursed has withered.”

“Have faith in God,” Jesus said to them. “Truly I tell you that if anyone says to this mountain, ‘Be lifted up and thrown into the sea,’ and has no doubt in his heart but believes that it will happen, it will be done for him. Therefore I tell you, whatever you ask in prayer, believe that you have received it, and it will be yours.”  (Mark 11:12-14, 20-24)

This, upon first glance, is simply a striking lesson on the power of faith.  If you have faith, literally anything is possible.  Lesson over.

But there’s one little line in this story that has always puzzled me: “it was not the season for figs”.  Why would Jesus so severely curse a tree for not bearing fruit when it wasn’t even the season for fruit?  It just seems rather unfair to the poor innocent fig tree and unusually whimsical for Jesus.

My experience with the Bible, however, is that if you are willing to put in the effort to study, there is always an answer to be found to the even the most puzzling of questions.  It was time for some more fig research.

And sure enough, I learned two enlightening key facts:

1) Fig trees produce two main crops of fruit per year, one in early summer and one in late summer/fall, and sometimes a third in the spring if the tree is in a sheltered area.  Fruit is literally possible during every month of the year except probably January and February.

2) The fruit of the fig tree appears before the leaves.  Therefore if one were to see leaves on a tree, it was natural to conclude that there would also be fruit present.

So though it was the not the time for the main crop, when Jesus saw leaves on this particular fig tree, which are ordinarily a sign of fruit, he was not at all wrong to walk up to it expecting to find some.  What he found instead was a barren tree, full of false pretensions, and this is why He cursed it. 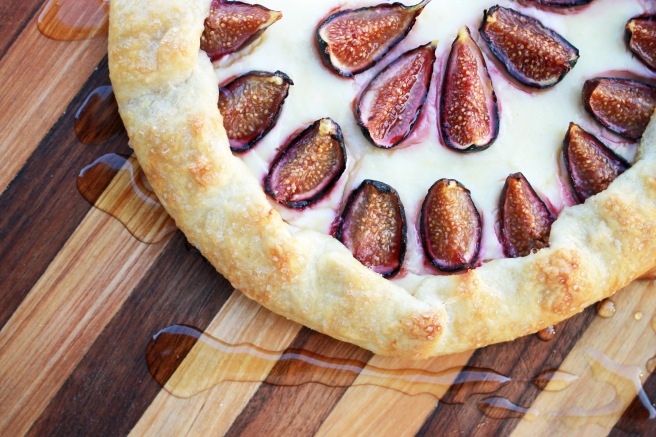 End of the fig tree story, right?  Actually, it continues on to become even more fascinating, because this is an object lesson with double significance.

When Jesus cursed the fig tree, he was not only giving us a lesson in the power of faith, he was also making a prophecy strongly linked to his imminent death and resurrection, and the future of Israel.  Throughout the Old Testament, Israel was frequently symbolically referred to as a fig tree, a tradition that Jesus continued in his own teaching:

“Then Jesus told this parable: “A man had a fig tree that was planted in his vineyard. He went to look for fruit on it, but did not find any. So he said to the keeper of the vineyard, ‘Look, for the past three years I have come to search for fruit on this fig tree and haven’t found any. Therefore cut it down! Why should it use up the soil?’

Israel had become a barren fig tree, full of false legalistic and religious pretensions, but void of true spiritual fruit.  In sending Christ to live and walk among them, God (the gardener) had given them that one last epic chance to turn their hearts to Him.  Tragically, they had rejected it.  Spreading the good news of gospel of Christ to the world should have been Israel’s greatest privilege and joy, but instead God would soon be turning over this great honor to the Gentiles.  The cursing of the fig tree was a sad, but fitting picture of what was to come for the nation that had been called God’s people but too long rejected Him in their hearts.

When sunlight makes art of ordinary things. #countertopstilllife
Historic first-ever presidential visit to hometown=💯worth seven hours of standing.🇺🇸
“America, America, God shed His grace on thee...” 🇺🇸 #flagcake
Picked 5 flats of strawberries; must use them up before they go bad. #makingprogress
It was that kind of a day.❤️
Easter first for our family: dying eggs together (I haven’t done that since I was little!). It counted as a home school art and science project, because we made our own dyes out of purple cabbage, yellow onions and turmeric, and learned that yellow and blue combined make green.🥚 #easteregg #homeschoollife #thisishowwequarantine
All photos copyright by Beth Ender. Please do not use or reproduce without written permission.
Loading Comments...
Comment
×