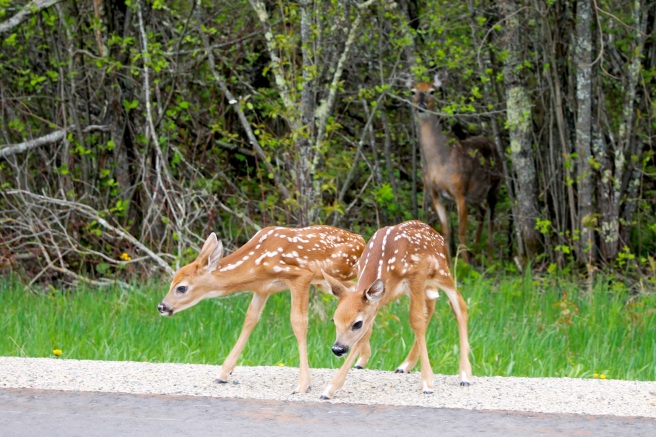 It was almost as good as Yellowstone National Park when a bear is sighted along the road.

The cars were lining up.  The phone cameras were clicking.  People were leaning out their windows, smiling big.  Nobody was out of their vehicles snapping closeups while foolishly ignoring the unpredictability of wildlife (aka a protective mama doe), but I won’t deny that I considered it.  (But did you see the look in her eyes up there?  That was pretty much enough to keep my hand off the car door handle and be satisfied with just rolling the window down.)

And these two tiny fawns, so new they were still wobbly, stood at the edge of the highway bracing their ungainly long legs and staring at their audience in wonder.  I wouldn’t be surprised if it was the first time they had ever seen cars or humans, let alone been on an outing. 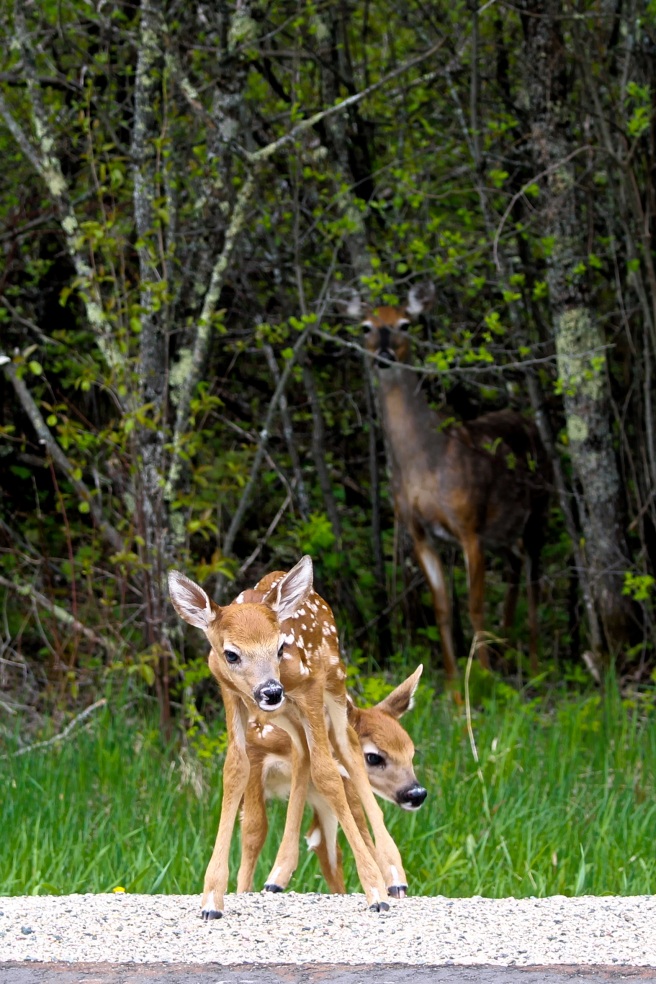 Mama hovered nervously in the woods nearby, snorting, stamping worriedly.  They bleated back like tiny lambs as if to say, “Whatchya so worried about, Mom?  See?  These people like us.”

And it was true.  Cause, well, you know, for all the tulips I’ve ever suffered the loss of to other members of their species (it happened again this year, ahem!), how can you not be utterly charmed by a newborn baby fawn—especially when there are two of them staring at you with their big, innocent dark eyes at the same time?

Who cares about tulips, anyway.

“Do you observe the calving of the deer?  Can you count the months they fulfill, or do you know the time they give birth?  They kneel down, they bring forth their young, they get rid of their labor pains.  Their offspring become strong, they grow up in the open field; they leave and do not return to them.” (Job 39:1-4)

One thought on “Twins”