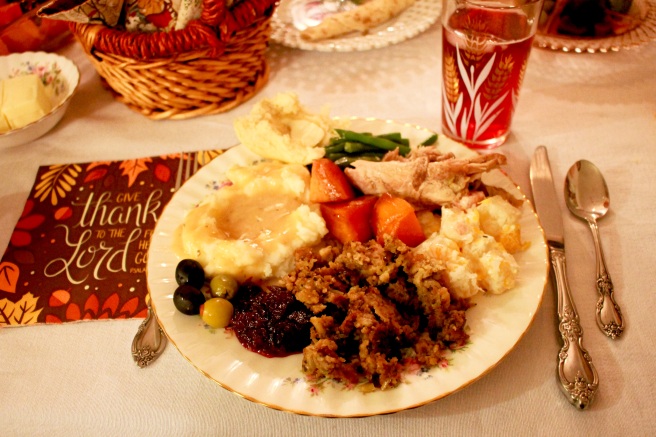 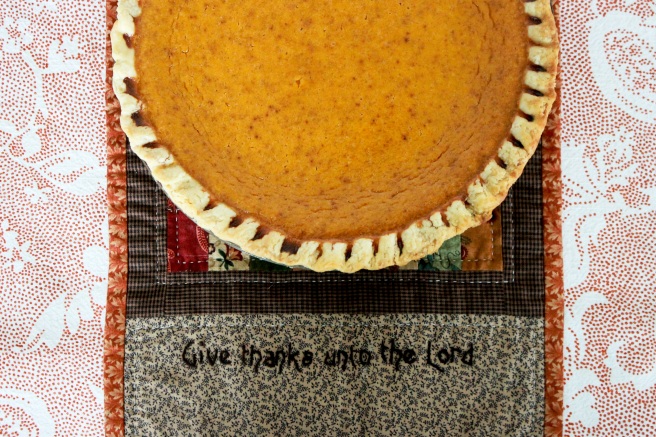 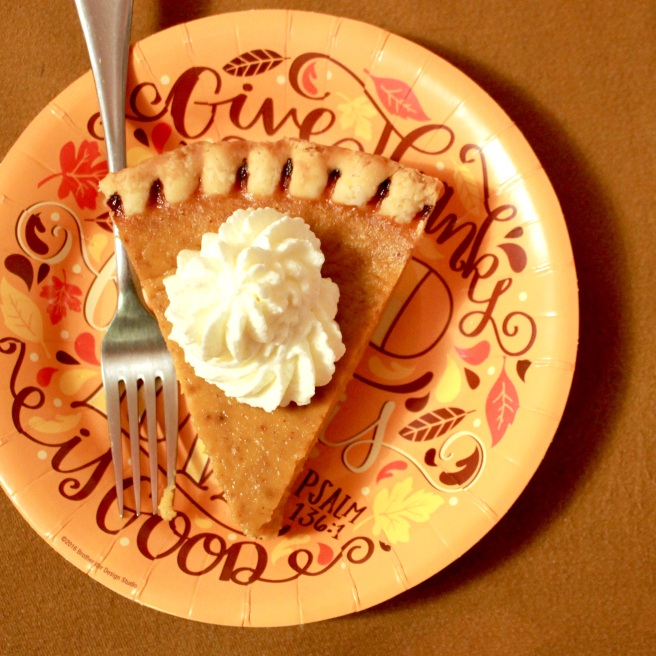 It was a long, happy weekend of giving thanks.  During family dinner as the silverware clinked on fine china, then again later as wedges of pie were passed, between friends, during joyful church services and into microphones, I heard people express gratefulness for so many beautiful things.

Some were humorously indicative of current life situations, such as…

“Getting 24-hour flu instead of a prolonged cold.”

“All the snow melting so I don’t have to plow.”

“Baby sleeping through the night.”

Others were sweetly tearful, deeply emotional, such as…

“A phone call from a long lost family member.”

After all the feasting and gathering was over, I took an evening walk under leaden skies, picking my way along the the icy ruts of our driveway as I mentally added a few more things to the list, like:

“Cartons of freshly laid brown eggs in my fridge.”

“The sound of little feet pitter-pattering down the hall.”

It was a wonderfully cheering thing to do on an otherwise drab evening.  But then this happened: 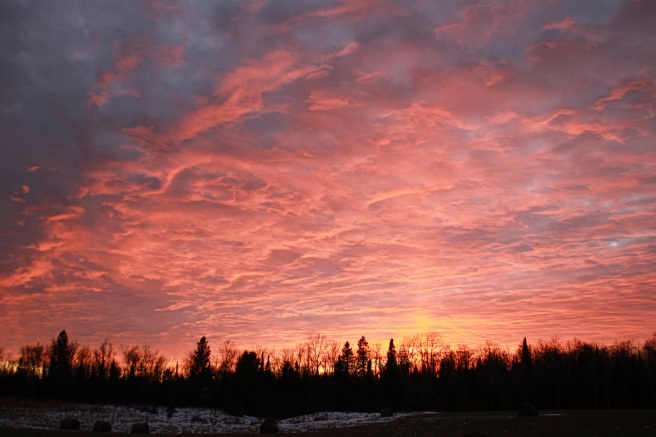 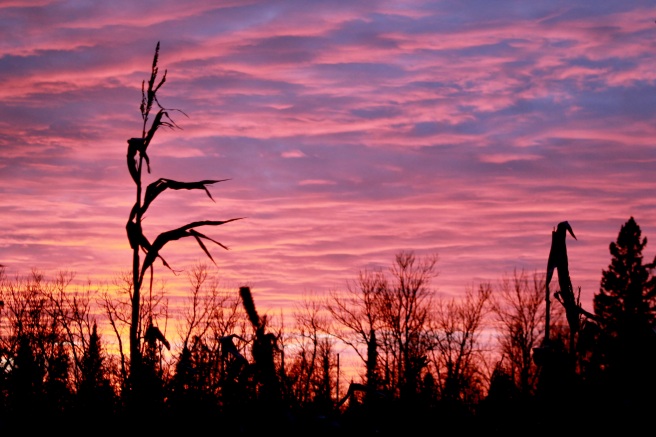 The dim, dreary skies lit unexpectedly up with all this splendor that kept going and going and going and wouldn’t stop.  I paused to notice the first flush of pink, and then stopped to watch in awe as it spread and rippled and flamed across the entire canopy of the heavens curving over my world.  Then the coyotes started to yap far off in the forest, and I thought about the fact that there’s more than one way to make your voice heard.

People say it with words, the animals with their own unique sounds, the sky with color, each one declaring thanks and glory.  Yes, glory!

For the small things, for the large things, in all things.

To God, our Creator, Giver, Sustainer.

Because giving thanks really is just another way of giving glory.

“The heavens declare the glory of God, and the sky above proclaims his handiwork.” (Psalm 19:1)

2 thoughts on “Declaring the Glory”

First turkey egg. 🦃 I love that they’re speckled!
The swishing pigtails of an aspiring pianist. 🎶
Irish heritage day...because I have a red-headed great-grandma in my family tree, and because Patrick of Ireland was a really cool person in real life and had nothing to do with leprechauns. 🍀 🇮🇪 “Christ in me, Christ beneath me, Christ above me.” (Patrick of Ireland)
When sunlight makes art of ordinary things. #countertopstilllife
Historic first-ever presidential visit to hometown=💯worth seven hours of standing.🇺🇸
“America, America, God shed His grace on thee...” 🇺🇸 #flagcake
All photos copyright by Beth Ender. Please do not use or reproduce without written permission.
Loading Comments...
Comment
×
<span>%d</span> bloggers like this: