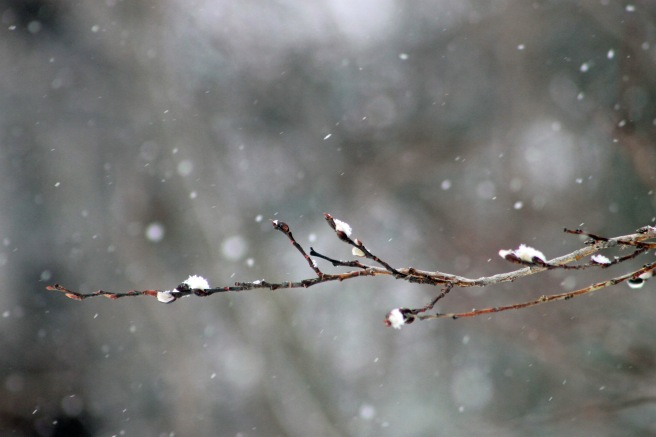 In some places in the country, I’m seeing pictures of blossoming peach orchards, daffodils and greening grass.  On the first day of spring here, it snowed in the morning—and then a bitter wind spent the rest of the day kicking all that snow up into the air in great billowing clouds, forcing us to plow the driveway due to drifting.  If you live here, too, you’re not surprised or alarmed.  It’s a typical Minnesota weather move.

I made the mistake of announcing that it was the first day of spring to my children.  I meant it tongue in cheek, of course, but later in the day, they informed me that they had packed up all the ski boots and put them away in the basement.  “Whatever for?” I inquired in surprise, because cross country skiing has been something they’ve really enjoyed as recently as the day before.  “Because you said it was spring now, Mom!”  Oops.  So we had a little educational session on equinoxes and lengths of days, but they just looked at me, puzzled, as if to say, “Mom, everyone knows that spring is a temperature, not a day on the calendar.”

I was going to do a post entitled “First Day of Spring”, featuring pussy willows, which appeared during one fleeting warm spell a couple weeks ago.  But when I finally got out to take the pictures, what I got instead was this ironic juxtaposition of seasons.  I may have been taking pictures of pussy willows, but what it really felt like was just the next day of winter. 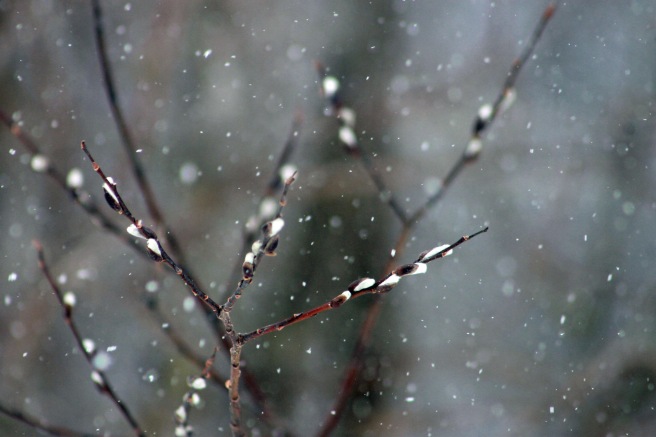 Much as we’d sometimes like it to be, spring just isn’t a day on the calendar for us.  It’s no short, sweet announcement.  Instead, it’s a slow thing, that creeps up, teases, eludes.  But still, watching spring unfold, painfully slow but sure, gives me hope—which is something we all need a little bit more of right now.

All over the world, people are facing lockdowns, quarantines, alarming numbers of the ill and the dead mounting, economies teetering in uncertainty.  Everyone’s ready for it to be over with, but at this point it still looks like it’s going to get worse before it gets better.  We cling to the hope that things are going to ease up eventually, but when?  People keep guessing, but the truth is, nobody really knows.  Watching for the end of this thing involves no set date on a calendar, much as we’d like it to.  It’s a whole lot more like living through March in Minnesota: when it feels like it should be the end of a long winter, but sometimes we just keep getting more snowstorms instead. 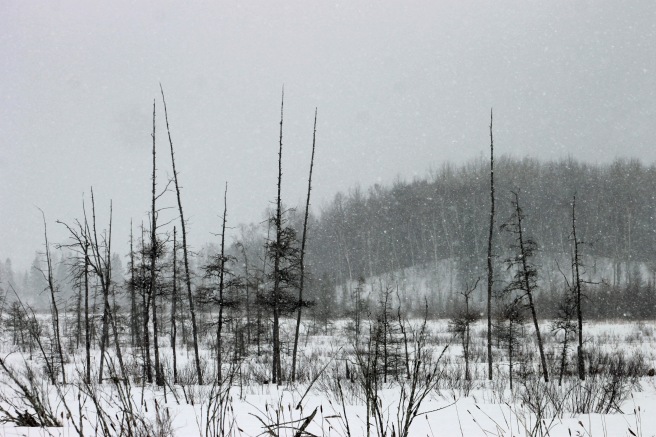 What we do know, however, is that winter always does end, and spring always does come, because the God who put the seasons into motion has promised that they will remain in steady motion as long as the earth shall endure.

“While the earth remains, seedtime and harvest, cold and heat, summer and winter, day and night, shall not cease.” (Genesis 8:22)

“In this world you will have trouble. But take heart! I have overcome the world.” (John 16:33) 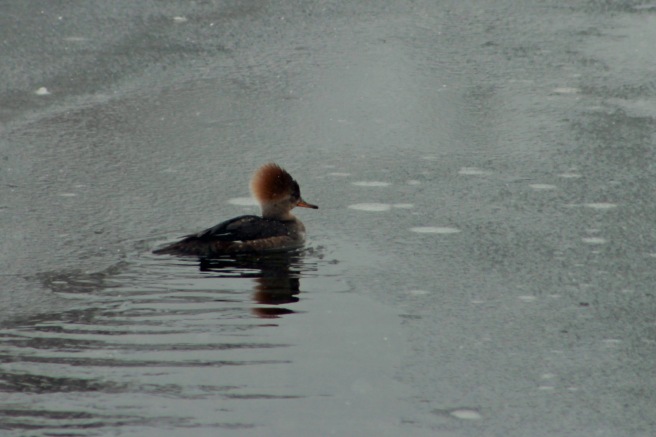 Remember: no matter how long this current trouble lasts, He is still in control and present in all these things.  Watch for Him at work, and you will surely see Him.

Not when the trouble’s gone, but right there in the midst of the turmoil—

like the pussy willows budding resilient in the falling snow…

like the two patient white lumps posted on our frozen lake, splendid swans trumpeting in triumph as they patiently await the thaw.

5 thoughts on “On the Next Day of Winter…”